I Am An American Philosopher: Marilyn Fischer 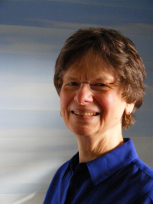 Marilyn Fischer is Professor Emerita of Philosophy at the  University of Dayton. She is the author of Jane Addams’s Evolutionary Theorizing: Constructing ‘Democracy and  Social Ethics’ (2019), On Addams (2003), and co-editor of Jane Addams and the Practice of Democracy (2009).

I’ve been working with American philosophies’ patterns of thought for so long that my own thought patterns thoroughly bear their impress. I’m grateful for that. I’m grateful I’ve learned to look at individuals and institutions as continually changing narratives with histories, in constant interplay within changing environments. I’m grateful for American philosophies’ lack of clear edges, how traditional philosophical categories of ontology, epistemology, and value theory are implicated in each other. I’m grateful for how philosophical reflection and action in the world feed into each other, and how the meanings of “American” and “philosophy” merge with other locations and modes of thought. And I am deeply grateful for the SAAP community with its welcoming spirit and its eagerness to bring in new voices. I’m stretched by every encounter.

I attended college and graduate school before American philosophy’s rebirth, when its many philosophies borne through struggle were still hidden from view. Jane Addams came to my attention first; I learned about her by reading children’s biographies to my young children. Someone suggested I send a few pieces I had written on Addams to this philosopher, Charlene Haddock Seigfried. Scared at the thought, I did it anyway. Charlene was most supportive and suggested that, by the way, I might take a look at . . . what turned out to be a reading list that belonged on any Introduction to American Philosophy syllabus. Charlene invited me to SAAP. I was pleased to find it offered far more intellectual nourishment than the analytic political philosophy conferences I had been attending.

Perhaps equally important in making me an “American philosopher,” rather than someone who just taught an occasional American philosophy course, has been my career-long engagement with the University of Dayton’s Core Program. For years I taught in a two semester, fifteen credit course for first-year students that completely integrated history, religious studies, philosophy, and literature. The broad patterns of thought that emerge from such integration match those of American philosophy, of change over time, of the enormous variability of human thought and endeavor, and how human connection and ameliorative action are sometimes possible, even in the face of wide inequities.

My current project is to finish three volumes on Jane Addams’s writings, interpreted in light of the intellectual currents of her time. I track the linkages between Addams’s thought and the scientific, literary, political, religious, and philosophical resources with which she engaged. Few of these are apparent on the texts’ surface, but some excavation reveals the depth and reach of her engagement. From this, I can identify precisely where she makes original contributions. By approaching her writings in chronological order, I am able to identify how her thinking changed over time and how these changes reflected historical events and intellectual trends.

The first volume, Jane Addams’s Evolutionary Theorizing: Constructing Democracy and Social Ethics, was published by the University of Chicago Press in 2019. Now I’m working on Volume Two, tentatively titled Counter-Knowledge: Jane Addams on Immigrants, Social Justice, and Peace, which will cover 1900 to 1914. The third volume will cover Addams’s writings during and after World War I.

What do you do when you aren’t doing American philosophy?

Music! I’ve played the violin seriously since I was a child. For 25 years my night job was as a professional violinist with the Dayton Philharmonic Orchestra. Visiting soloists I’ve performed with include Yo-Yo Ma, Itzhak Perlman, Sarah Vaughan, and Dave Brubeck. I’ve also fiddled with a bluegrass band, a Celtic band, and a dulcimer group. Actually, I think of music and philosophy as kindred arts. Both create patterns of meaning out of innumerable bits of thought and sound.

What is your favorite work in American philosophy?

My favorite work is whatever text by Jane Addams I’m working on at the moment.

Her writing is as beautiful as it is wise and it has more layers than one can grasp on first reading. Excavating a paragraph can take all day and is well worth the effort. Come to think of it, all those hours I spent in the practice room playing scales and etudes in the service of creating beautiful music were excellent preparation for the kind of philosophy I’m doing right now.