I Am An American Philosopher: David Hildebrand 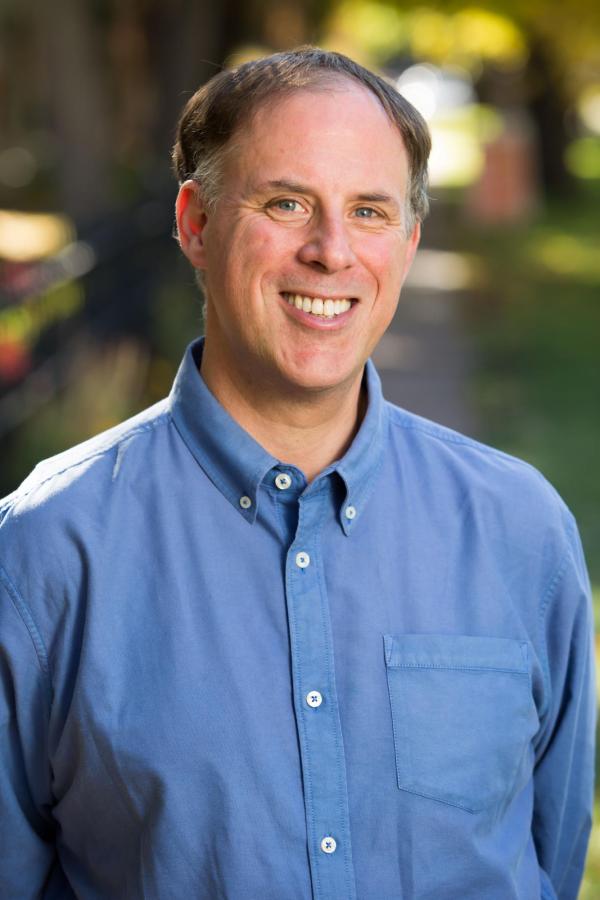 David L. Hildebrand is Professor and Chair of the Philosophy Department at the University of Colorado Denver. He is the author of John Dewey: A Beginner’s Guide (2008) and Beyond Realism and Antirealism: John Dewey and the Neopragmatists (2003). He currently serves as President of SAAP. http://www.davidhildebrand.org

The meaning of American philosophy has changed over the years for me, but I’ve always largely seen it as a philosophical inquiry formulated by a nation of immigrants. The center of that inquiry consists of three main questions: Who are we? What do we believe? Should we accept the views of our forebears? These are existential questions, questions of self identity which are asking about the past, present and—most important—the future.

In other words, asking “Who should I be?” throws everything into question, as least for a moment, as it considers the present context. My own education in American philosophy exposed me to the way in which early figures in the field—Emerson, Thoreau, Addams, Peirce, James, and Dewey—both accepted and rejected their Western European intellectual heritage. While there was much about the tradition they were willing to keep, they were also willing to shake and break central philosophical distinctions such as those between mind and body, fact and value, appearance and reality, self and society, probability and certainty, and language and world. Their arguments and their purposes for doing this appealed to me, and still does.

Beyond this way of sublating the Western philosophical tradition, at every point, being an “American” philosopher (to my mind) has meant addressing questions with a personal and practical immediacy; that immediacy makes American philosophy both fundamentally radical and ethical. To my mind, this is what keeps the approach fresh and which (ironically) unbinds “American” philosophy from any particular country, ethnicity, gender, or time period. There is a volcanic core to American philosophy which calls for imaginative reinvention in the face of the present and future. This is the “meta-message,” if you will, of American philosophy. If I had to give it a label, it would be a process philosophy of identity. It is exactly the kind of philosophical work my country—and many others—needs right now: constant, pluralistic, and imaginative reconstruction directed by and rooted in living experience.

My mother, Phyllis J. Hildebrand (née Brenner) was trained as a Deweyan educator in the 1940’s and 50’s at CUNY (which was then called CCNY). She taught primarily mixed race elementary level classes in the Bronx, and as a teacher (and mother) placed a high value on spontaneity and learning through experience. We never talked about Dewey or American philosophy at home, but it was imbued in our relationship. My undergraduate experience was at University of Pennsylvania but contained no American philosophy. When I got there, Elizabeth Flower, the renowned historian of American philosophy, was no longer teaching and soon to retire. As I remember it, there were no other offerings in American philosophy at Penn.

It wasn’t until graduate school at the University of Texas at Austin that I had a chance to take courses in American philosophy. Douglas Browning lit the fuse of my interest my first semester there, with a course entitled “Bergson, James, and Dewey,” and I finally started to “get” it when I wrote my first final paper which sought to defend Dewey’s concept of experience against criticisms made by John E. Smith. Browning continued to be my main educational influence in American philosophy at UT, introducing me to Whitehead and process philosophy as well as helping me refine my sense of the importance of experience, and especially what he termed the “practical starting point” of a philosophy which takes experience seriously. Browning became my dissertation director, but I gained broader insights by auditing Louis Mackey’s undergraduate seminar on early American philosophy and through my conversations with Harvey Cormier on neopragmatists such as Richard Rorty and Hilary Putnam. It was Cormier who alerted me to a then-current debate between Rorty and Putnam on whether relativism was truly a “menace,” and the degree to which “realism” could or should be part of pragmatism’s stance. Their debate, plus the grounding in older figures, provided the seeds for my dissertation, where I set up a contrast between important early debates (involving Dewey, realists, and idealists) and then-contemporary tensions among neopragmatists, especially Rorty and Putnam.

Lately I’m trying to understand how the concept of experience, especially as expressed by authors such as Dewey, William James, John J. McDermott and some others, may bear upon some of our contemporary predicaments. And so that I’m really focused on is the nature of attention: how attention and primary experience can yield some answers in an age when we’re even more saturated with media, even more saturated with symbolic information—what Albert Borgmann, the philosopher of technology might calls, “technological information.”

So I’m interested in what happens to primary experience, what happens to experience, when we look at art, when we look at music, when we engage in conversations: are we listening to ourselves, are we listening to others, are we paying attention to works of art and music and literature in the same way? Or is there something fragmented, distracted, disrupted about this pattern—have our ways of being in the world, our habitual ways of having primary experience, been changed by being constantly bombarded by different bits of technological information? The reason that I think this bears fruit in some relevant social and political ways is that looking at how we pay attention to art and music and in our conversations affects how we conduct ourselves in a democracy. This is because a democracy is largely constituted by debate and dialogue and discussion, and the kind and quality of attention that we’re giving to our conversations is going to matter enormously to how we conduct democracy—and whether indeed we’re able to continue to have one.

I do have these interests in in both aesthetics and philosophy of technology so I’ve been trying to read in those areas. In this pandemic year I’ve also gotten more deeply into audio and acoustics, trying to develop my understanding of what we once called “hi-fi” gear: what makes these things sound good and how they create the kind of developed soundstage and tonal balance that pulls us in. We’re all familiar with shopping for a better computer monitor or a better TV because we know that we can lose ourselves and immerse ourselves in what we’re doing when the technology is more transparent. And so I’ve been trying to understand audio and acoustics: who knew acoustics was so complicated? Everyone except me, apparently! So I’ve been getting into that and trying to tie some of those interests back to this question of experience and attention. I just love it: it’s a hobby and its fun. And I love to ski and explore the Colorado wilderness and other than that I’m mainly just driving people (family) around in the Denver area.

To tell you the truth, I have not made any huge reading discoveries lately. I’ve been fragmented and distracted by the pandemic, but I do find that whenever I reread Art as Experience it takes me deeper into Dewey’s phenomenology of experience, and into art, into how cultural life gets expressed, but also into how art gets pushed back into daily life and into the future.

And so that work just continues to bear fruit for me. It’s kind of an old fogey’s kind of recommendation, but I’m literally in between books right now. Lately I’ve been trying to read classic novels: I read Crime and Punishment and Moby Dick and now I’m about to read One Hundred Years of Solitude. So I’m trying to work through a bucket list of works like that.